Imam Hassan Ibn Ali (Arabic: الحسن بن علی بن أبی طالب‎) born March 4, 625 CE (Ramadan ۱۵th, 3 AH) – martyred March 9, 670 CE (Safar ۷th, 50 AH) is an important figure in Islam. He is the son of Imam Ali (PBUH) and Lady Fatimah (PBUH). After his father’s martyrdom, he briefly succeeded him as Imam, the Caliph and leader of Muslims (before the Prophet’s martyrdom, Gad had determined 12 Successor of the prophet as Imam and leader) . Imam Hassan (PBUH) is 2nd Imam of Shia Muslims. Imam Hassan is also highly respected by the Sunni as the grandson of Prophet Muhammad (PBUH).

Imam Hassan (PBUH) was born in 625 A.D (15 Ramazan 3 A.H). According to Shia and Sunni sources, the Prophet (PBUH), upon the birth of his first grandson, was ordered by the archangel Gabriel to name him Hassan – a name not used in the pre-Islamic period. Prophet Muhammad (PBUH) also honored his grandson by reciting the Adhan & Iqāmah  (the Islamic call to worship God, it contains testimony) in his ears, shaving his head, and sacrificing a ram for the sake of his birth. He grew up in a unique family, his mother was the best woman in the world and his father was the greatest man after the prophet Muhammad (PBUH), so he was taught best morals.

As a growing youth, Imam Hassan (PBUH) saw his father on the battlefield defending Islam as well as preaching to a vast congregation of believers on the occasion of hajj and as a missionary of Islam to Yemen before retreating to a passive role in the matters of the state during the period of the first three caliphs after the demise of his grandfather, Prophet Muhammad (PBUH). There are also Hadith that state that Hassan (PBUH) and Hussain (PBUH) are the Masters of the youth in paradise and Hassan (PBUH) and his brother Hussain (PBUH) are Imams “whether they sit or stand”. Imam Hassan (PBUH) is one of five persons included in the Hadith of the Cloak. He is said to have been the first of the Prophet’s family to enter Yemeni Kisa after Prophet Muhammad and to have walked hand in hand with the Prophet as a child to testify to the truth of Islam at Mubahila.

Imam Hassan (PBUH) was one of the guards defending Othman Ibn Affan (third caliph) when the attackers were going to kill Othman. He also was injured.

When the third caliph was murdered by protesters in his palace, finally people understood no one couldn’t be better than Imam Ali (PBUH) to lead them, thus, Imam Ali was elected to lead the Muslims. Hassan (PBUH) assisted his father: When Abu Musa al-Ash’ari, the governor of Kufa, did not cooperate with Imam Ali (PBUH)’s delegation in order to stand against those who waged the Battle of Jamal, Imam Ali (PBUH) sent Ammar Ibn Yasir and Hassan (PBUH) with a letter to Kufa. Imam Hasan (PBUH) delivered a sermon in the Mosque of Kufa and managed to convince about 10,000 people to join and stand against the army of Nakithin (oath- breakers). Then participated actively in the battles of Basra, Siffin and Nahrawan alongside his father, demonstrating skill both as a soldier and a leader.

however, Muawiyah ibn Abi Sufyan, who had a long-running dispute with Imam Ali (PBUH), and always have been against the truth and verity not only didn’t give allegiance to Imam Hassan (PBUH), but summoned the commanders of his forces in Syria, Palestine, and Transjordan to join him in preparation for battle against Imam Hassan. There was no choice, thus the Imam gathered his army to defend. Near the battlefield, Muawiyah sent some men through the army of Muslims and they rumored Imam Hassan (PBUH) wants to give up the battle. Although, Imam Hassan (PBUH) wanted the army to follow his orders even if they did not agree with them, but some of the troops  rebelled and attacked him through persuading by Muawiyah’s men. Imam Hassan (PBUH) was wounded but loyal soldiers surrounded him and managed to kill the mutineers. On the other hand, since Muawiyah was so miscreant, offered large sums of money and promises of vast properties and governorship of provinces to commanders of Imam Hassan’s army. Those commanders, who hadn’t deep faith, fooled by properties and not only they left the Imam but also they took their army and just some companions of Imam stayed beside him.

In this situation, fight was not the right choice. Imam Hassan (PBUH) knew his army is not enough to fight against Muawiyah , in addition, engagement of Muslims in a battle against each other would mean a loss of many: Muawiyah also had his concerns about being forced into a battle thus, he sent two men from the Quraysh tribe to negotiate a settlement. It is mentioned in Sahih Al Bokhari, Volume 3, Book 49 (Peacemaking), Number 867: Narrated by Al-Hassan Al-Basri

Shia scholars quote Hadith from later Shia Imams to the effect that Imam Hassan lacked the support to fight and win, so he ceded power to Muawiya.

Muawiyah did not comply with the terms of the treaty, saying to the people of Kufa, “do you think I have taken power to teach you? No, I have taken power and if any one of you tries to disagree with me he shall pay the costly price of the loss of his head.” He carried out his ambition of keeping the power in his family by nominating his son Yazid as caliph after him.

Some conditions of agreement

“I didn’t sign agreement to make you pray, pay Zakat, go Hajj, no, but just to rule and patronize you.”

“Now, All conditions (between him and Imam Hassan) is under my feet (have no value anymore)”

As it was expected, Muawiyah ordered to kill Shia Muslims wherever they were found, even if two people testify someone is Shia, that person should be killed. Also he ordered to kill every baby or child who was named Ali.

Imam Hassan (PBUH) returned to Medina. He lacked his moral support and had a hard time during his stay there after the peace treaty, with taunts and abuse from some of Muawiyah’s followers and the anger of his supporters for having relinquished the caliphate.

He donated all his belongings completely twice in his lifetime. Also, he divided his property between himself and the poor people equally three times. He was famous in modesty, generosity, munificence, science and knowledge, bravery and many positive moral points.

Imam Hassan (PBUH) martyred in Medina in 670 A.D (7 Safar 50 A.H). He is buried at the famous Jannat Al-Baqee cemetery across from the Masjid al-Nabi (Mosque of the Prophet). According to historians, Muawiyah wished to pass the caliphate to his own son Yazid, and saw Imam Hassan as an obstacle. According to the Shia and Sunni sources he secretly contacted Imam Hassan’s wife, Ja’da bint al-Ash’ath Ibn Qays, and incited her to poison her husband. Ja’da did as Muawiyah suggest, giving her husband poison mixed with honey when he came back home for Iftar(Muslims Iftar to finish fast).

Ja’da was promised gold and marriage to caliph Yazid. Seduced by the promise of wealth and power, she poisoned her husband, and then hastened to the court of Muawiyah in Damascus to receive her reward. Muawiyah reneged on his promises. It is said that Ja’da lost his mind because of killing an Imam and also being rejected by Muawiyah.

Also Sadi Khazraji has quoted that Tabari has narrated:

“It is written in Tarikh Al-Tabari that Hassan ibn Ali (PBUH) was poisoned in Muawieh era. Muawieh who was clever sent syrup to Ja’da bint al-Ash’ath, Imam Hassan’s wife, secretly and told her if you kill Hassan (PBUH), I will take you to marry with Yazid.

When Hassan (PBUH) passed away, she sent someone to Moawieh to fulfill his promise, Moawieh respond her: I’m jealous about Yazid( I don’t give him to everyone), I don’t take a bride who has killed her husband”

However, unfortunately, this narration does not exist in new prints of the book Tarikh Al-Tabari and it is omitted from it by some depositaries.

Imam Hassan (PBUH) had asked for his body to be taken to the prophet’s grave, so that he could pay his last respect. This caused armed opposition. As the funeral proceeded towards the grave of Prophet Muhammad some Umayyad mounted on horses obstructed it. Aisha bint Abu Bakr (one of the Prophet’s wives) appeared, riding a mule and shouting that the grave of Muhammad (PBUH) was in her house and she would not allow the grandson of Khadijah (the first wife of the Prophet and mother of Lady Fatimah) to be buried beside the Prophet. Then a shower of arrows fell on the coffin.

Marwan was the governor of Medina at the time and objected on the grounds that Othman (third caliph) had not been allowed to be buried.

“It is narrated that Jabir bin ‘Abdullah saw Hassan Ibn Ali (PBUH) on the day of his martyrdom. Conflict almost broke out between Hassan Ibn Ali (PBUH) and Marwan Ibn Hakam after Imam Hassan (PBUH) instructed his brother to bury him with the Messenger of Allah, but if some battle or mishap were to occur because of it then he should be buried in Janat Al-Baqi. Marwan objected to allowing Imam Hassan (PBUH) to be buried with the Messenger. In fact Marwan never ceased to be the enemy of the Banu Hashim tribe until his death. As Jabar recalls:”That day I spoke to Hussain bin Ali (PBUH), I said: O Abu Abdullah! Fear Allah for your brother did not like to see conflict. Therefore bury him in al-Baqi , so he did”

“Marwan Al-Ḥakam, who had been deposed the year before, swore that he would not allow Imam Hassan to be buried next to Prophet Mohammad (PBUH) with Abu Bakr and Omar as long as Othman was buried in al-Baqi … Muawiyah eventually rewarded Marwan for his stand by reappointing him governor of Medina “

After Imam Hassan’s martyrdom his Iraqi followers wrote to Imam Hussain (PBUH) pledging allegiance and proposing to remove Muawiya. because they were informed about Imams by the prophet’s narrations.

The shrine containing Imam Hassan’s tomb was destroyed in 1925 during the conquest of Medina by Al-Saud tribes (Wahhabi). This was part of a general destruction of memorials in cemeteries for beliefs. In the eyes of Wahhabis, historical sites and shrines encourage “shirk” (the sin of idolatry or polytheism) and should be destroyed but it’s against Islam’s view. it’s provable that keeping these memorials and pilgrimage isn’t Shirk. Wahhabi government of Saudi Arabia, don’t let the pilgrims to get close to the graves. They even don’t let Shia people make a Shrine there. 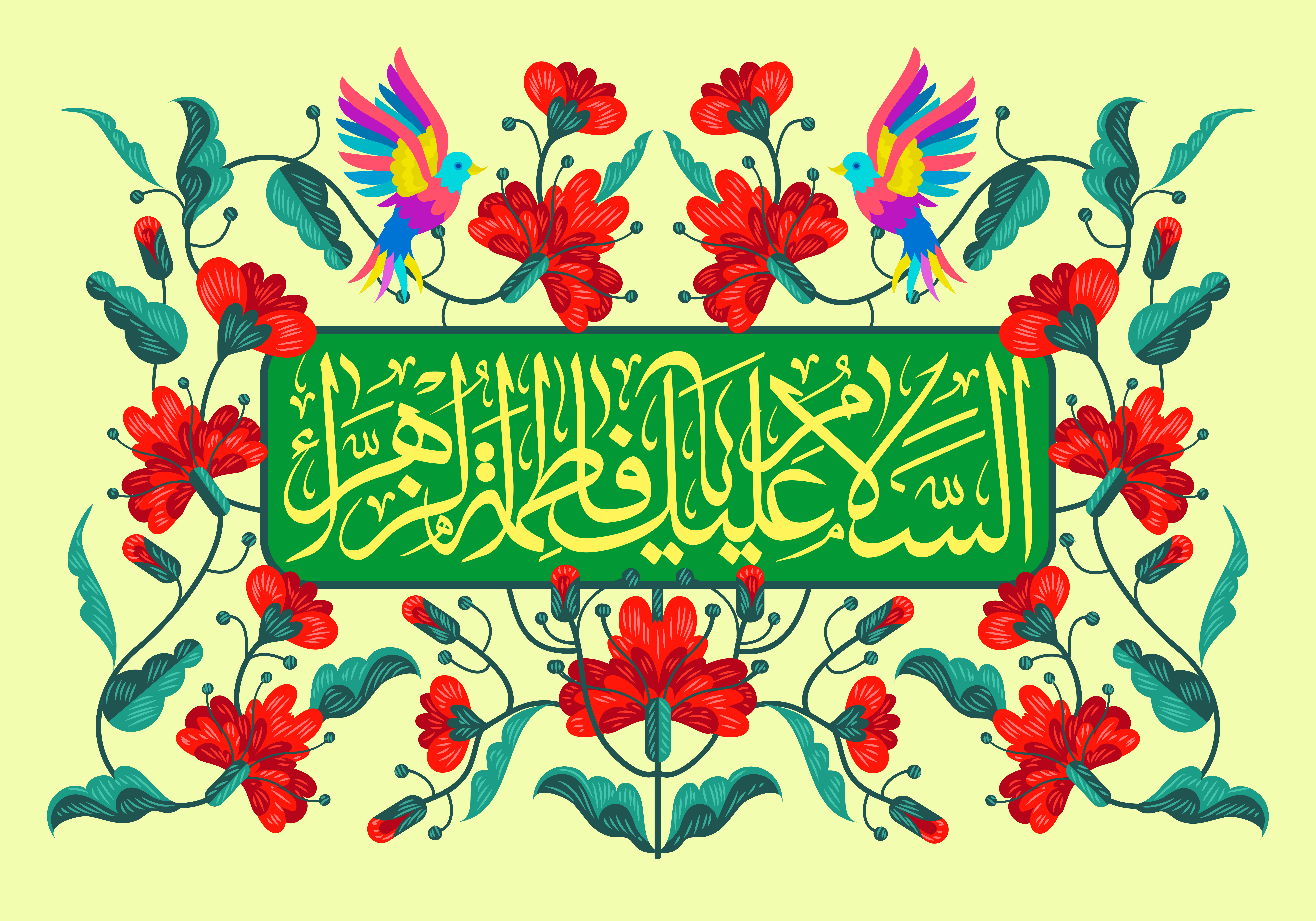